Just before Valentine’s day 2004, San Francisco Mayor Gavin Newsom instructed city clerks to issue marriage licenses to same-sex couples. For the following month, couples from the City, and from all over California and beyond, lined up for blocks to get married, until a court order ruled that the mayor did not have the authority to issue the order.

The city and some of the couples counter-sued, and a complicated case (which eventually consolidated six different suits) made its way up the chain of the California court system.

The California legislature, meanwhile, twice voted, in 2005 and in 2007, to allow same-sex marriage (the only legislature in the country to have done so), and twice Governor Schwarzenegger vetoed the bill, claiming that the court case should first run its course. To complicate matters, in 2000 the people of California voted for Proposition 22, which reads “Only marriage between a man and a woman is valid or recognized in California.”

Today, the California Supreme Court ruled that prohibiting same-sex couples from marrying is against the California constitution, and this overrules Proposition 22.

So the punchline of this great cartoon no longer applies to California, at least until November. (When a constitutional amendment against same-sex marriage will be on the ballot. Schwarzenegger has stated his opposition to the proposed amendment.) 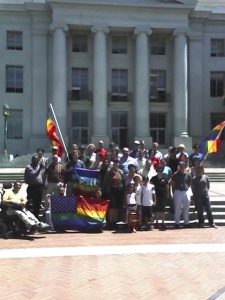 The street party in the Castro (click for larger): 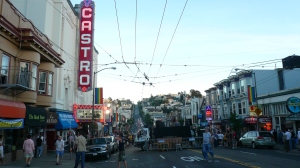 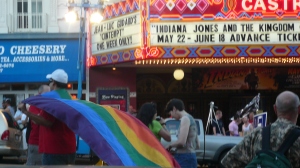 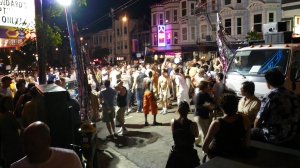 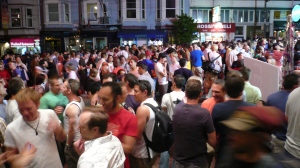 2 thoughts on “Not Legislated Any More”